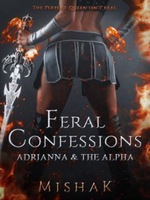 Other novels by me:
The Blue Butterflies: A Frozen Heart
Two Contracts - My Lover is a CEO
Sugar and Spice: The CEO's Feisty Wife (https://www.webnovel.com/book/14070042506289905/Sugar-and-Spice%3A-The-CEO’s-Feisty-Wife)