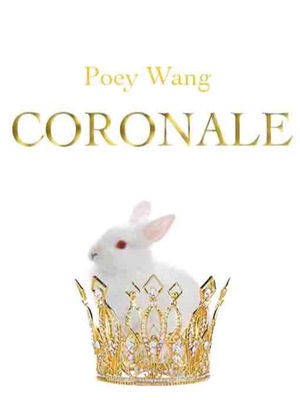 What could one have thought when kidnapped by a rabbit in the middle of the busy Bangkok street? There’s only two possible reasons, either one’s gone mad, or that they are really going to Wonderland.
Or Coronale to be exact. Coronale, the land where enchanting fairytales, fantasy stories, and magical creatures are originated.
A woman, being raised and trained to survive in a deceitful and hectic big city life, was taken to that land, mistakenly recognized as the powerful Princess Carla. The problem was the rabbit, or half-human half-rabbit Shaph as he arrived at this world, couldn’t open the gate for the second time so she was somewhat forced to cooperate in his faking scheme, using a fake name ‘Kara,’ and living a fake princess life until Shaph found a way.
Kara helped run her family company when she was in Bangkok, but running a fairytale Kingdom was a totally different matter, especially when Magic in the Kingdom was in a shambles. Citizens were expecting her to settle the chaos; the Snow Queen was expecting her to be dead; Evil Queen was expecting to be her BFF; while Princes from neighbors were expecting to have her power and heart—but she’s a fake!If only Kara knows that fantasy is fraud and magic is madness, she wouldn’t have read and expected so much when she was young.