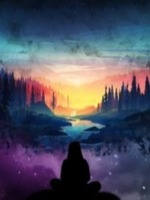 It's the birth of one of the most unrealistic fiction out there; it's simply a blasphemy, it's preposterous! The mere infant is named Bai Ruoyan and he has a twin?! Oh no, this is crack fiction so of course there's a catch...

The twin is 4 years older?! How is that possible?!! You sure they're from the same mom?!!

"Mama said that when my twin was born, the doctor said that there's another one in her womb. She waited for 4 whole years until I came sliding out because Dada buy a treasured books for himself only. No way I'm letting him go away with that!"

Therefore the almighty adventure of Bai Ruoyan continues from the moment where he joined the cluttered Chuan guild until joining the big fish Royal Emperor where he remodel the guild itself until he traumatized the vice leader himself. Also don't forget his love life from where he started until he gained many waifus... Surely how the hell did he get so many harems?!!

"It's pure effort, my dude. That, and luck. I got rejected so many times until I managed to get my guy, not gonna lie. That, and the harem became a bonus."

So like I said, this story is a crack fiction. It's completely random and may be full of WTF moment but hey, a human mind is full of wonder. There's no need to make sense about this fiction because everything is abnormal, no sense whatsoever. The protagonist getting a harem is a plus. Surely there must be stories about how he gain them all, no?

[Yeah like the description said don't take this novel seriously. I just sprinkled some creativity here and there with 100% childishness with blast full of what-the-actual-frick-am-I-reading moments and yup, don't question it. The protagonist is just bat-shit insane.]