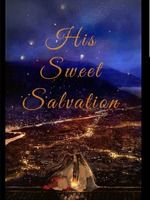 Ling Mingyu, young master of the powerful Ling family, was cursed at birth. Since then, where ever he went, misfortune would not only befall him, but also greatly affect those around him. People resented and despised him due to a fate he had no power of changing.

After twenty one miserable years of burdening those around him, Mingyu decided to take matters in his own hands. In order to finally set an end to the spread of the bad luck caused by him, he took his own life.

However, who would have thought that, instead of dying completely, he would be given another chance: to be taken to a world full of conjury, mystery, and excitement, be given a powerful charm to offset his devil's luck, and to be able to finally live life to the fullest? But, hold on... what are these conditions of recharging one's good luck charm by "doing good deeds, being amicable, and kiss kiss, hug hug"?

Ling Mingyu:" The first two are alright, but what about the other stuff?!" (*/ω＼)

God:" Work hard doing this and that, lest your luck runs out! Watching eagerly from the sidelines, my child!~~" (￢‿￢ )

This is a very fluffy text, no doog blood drama