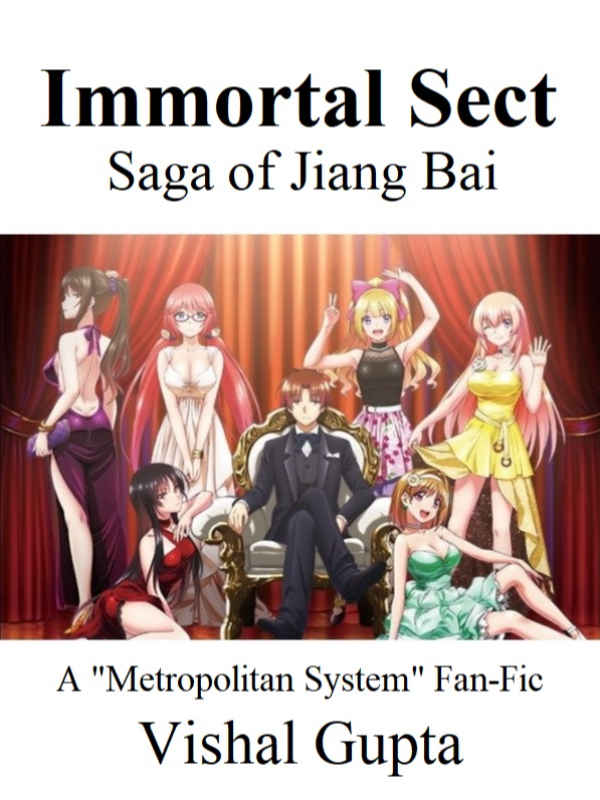 The name of this Project has been changed from Supreme Sect to Immortal Sect. This is a Fan Fiction Version of the popular Chinese Manhua "Metropolitan System".

There are more ways of making your enemies suffer than killing. There is a term called 'fate worse than death'. How about punishing a rapist by making him impotent or turning him into a girl and throwing into a brothel? If the villain abuses people, how about making him a slave? If the evil doer is a girl how about turning her into an old lady? How about making your enemies fight and destroy each-other while you enjoy the show? Jiang Bai is such a different kind of Overpowered Male Lead. He is also known as the Harem Emperor.

In his previous life, he defeated the Emperor of the Immortals thereby becoming the Highest Being in the process. However, the Multi-verse has been destroyed and he has been left alone. He could re-create the whole multi-verse but decides to go back to the world in the past; since He wants to be with his family and his many lovers with whom he shared strong bonds.

He wants to get rid of all the regrets of his life. He was forced to millions of humans because of the Metropolitan System; this time he wouldn't kill wantonly but will punish the culprits in his own way. Those who stand in his way or follow evil, JB will teach them unique lesson. He would also give a chance to reform to people who are worthy. Rather than waiting for them to act, he would plan and be proactive to avoid trouble. He would publicize his power and authority; but wouldn’t deliberately hide his powers but will be in the limelight. He would help the people he couldn't earlier.
The Known Realms in increasing order are:
1. Practitioner
2. Master
3. Grand Master
4. 8th to 1st Step Peak Master (1st being the highest)
5. King
6. Greater King
7. Emperor
8. Great Emperor (Pseudo Gods / Gods of Legends)
9. Immortals
10. King Immortal
11. Emperor Immortal
12. Supreme Deity / Supreme Being / Real God
13. Ancient Gods and Demons
There are half-step stages and sub-levels as well.
---
Visit Authors Websites:
1. https://www.VishalGupta.One
2. https://www.SupremeWorld.One
---
Author's other works that might interest you:
1 Karna The True Elementalist - https://cutt.ly/Karna
2 Abhimanyu The Scion of Soma & Indra - https://cutt.ly/Abhimanyu