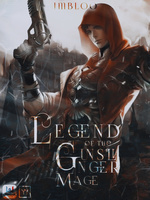 Legend of the Gunslinger Mage LGM

Betrayed, murdered, given a second chance, determined to get revenge.
...
Wait. Sounds kind of familiar, doesn't it?

Hello, new readers, this is the author. Let's get this out of the way first.

Say, you've read at least one of the following:
- Reincarnation of the Strongest Sword God
- MMORPG: Rebirth of the Legendary Guardian
- Rebirth of the Thief Who Roamed The World

Then you'll dismiss it as yet another rehash. Well, fair enough. I failed to make a good first impression. Then perhaps you'll drop a few dozen 1-star reviews. That is not cool. Please don't do that. Just 1 review is enough for me to know you don't like this novel.

The point I'm making is, if you read past the 4th chapter, you'll see that it's not another rehash. At least, that's what I try to avoid doing.

For example, you won't find the following:
- MC with perfect memory and phenomenal luck, who gets showered with super rare loots that only drop like 0.001% of the time.
- Super OP MC that steamrolls everyone with ease.
- Female characters who fawn over MC because (1) he gives them lots of stuffs and (2) "He doesn't drool over me although I'm super beautiful! That makes me angry... and aroused... for some reason!" and (3) not much else.
- Delusional villains who gloat and then get face-slapped (at least, not many of those, perhaps one per 70-80 chapters)
- Laughable game mechanics. Examples: (1) Dying locks you of the game for 24 hours (2) It's possible to spawn camp someone and kill them back to level 1.
- etc

What will you find here, then? Well, I guess you'll have to read to find out :).

I'm not dissing those gaming novels. I'm inspired by them, and want to take that basic premise and do something new with it.

If you can look past the first 3 chapters, cool! Hop on! Adventures await! Otherwise, well, have a nice day, regardless!

In 2042, the Virtual Reality game Epoch of Liberty (EoL) is a worldwide phenomenon, with a player base of 500 million and an in-game economy comparable to Russia.

Mahn Li, the top player of the guild Scourge, was betrayed by his closest friend Fatty Fu - murdered in the real world. The in-game business was tied with the real-world business. And business, as they say, was war. Mahn Li was simply another casualty…

… Until he inexplicably woke up in the body of his 22-year-old self - one week before EoL went live.

"Is this my second chance?" He asked himself: "What should I do?"

"Should I find a job? A real one? Be a good, productive member of society? Live a meaningful life? Forget about the 10 years of my life lost in endless battles in a virtual world?"

"I’m gonna wreck all the bastards responsible for my death! And Fatty Fu! Wait until I get my hands on your slimy neck!"

Aiding Mahn Li on his quest for vengeance is his knowledge of the future. Using it, he will get the sickest, baddest gears in the game! The most powerful of them all is an artifact that is a little bit out of place in this fantasy-themed game.