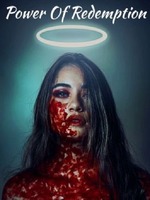 "What is wrong with it?" The vemon points at me in disdain, his words usage causing me to narrow my eyes at him in a dark way. He did not just call Hrudra the cold beast it.

"It is very drugged up." I spat with venom, his eyes sparkling in curiosity at the disobedience while someone hit me from behind. My legs broke underneath me as I hit the ground harder than I expected, the drugs causing my Valkyrie strength to waiver.

The damned drugs and my lose tongue we're gonna be the death of me. Though that wouldn't be the first time I thought of that or heard that. Many people said that I'd be my own demise and, to be honest. I wouldn't mind that one single bit.

My knees burning, I glared back at the vampire woman who sneered down at me with disgust and daring me to get back up. Somehow, she knew I'd do something about her hitting me though I wasn't sure how.

For a vampire, she was beautiful but I already hated her for several reasons.

One, she's a vampire.

Two, she kicked me.

"It will kill you first, bitch." I hiss, her foot slamming into my face and forcing me into the ground. With blood dripping from my lip, I pushed off the ground and launched myself towards the vampire woman.

The drugs may have a hold onto my Valkyrie strength and speed, but it sure as hell doesn't hold on to my anger and fury. Even in my weakened state, I could still land a few good hits.

Her shocked shriek alerted the others but the vemon barked them to stay out of it. Not saying thank you, but I love the fact that this vemon will allow me to strangle his vampire in front of everyone.

We tumbled to the ground as I landed my fist into her jaw, slipping a knife from my boot and slicing her hair off. Her horrified scream caused many sirens and humans to flinch in fear from our fight. The vampire's eyes blazing atop of me when I tilted my head at her and grinned wickedly.

"What are you...?" She snarls, her claws sinking into my forearms while I shrugged and tossed the knife in my other hand. Her eyes flipped to my other hand that held the knife, her eyes widening in realization when I felt my eyes shine silver for a split second even through the drugs.

"It is your demise. Do not fret, love. You'll find a nice hole in hell and I will be your neighbor." I inform her before ramming the knife into her head, knowing she'd revive without me decapitating her.

〰〰〰
This is book four of the Power series and by far my favorite book to have written for the series. You don't need to read the first three books to understand this book.

Hope you enjoy the book and series!