Reborn princess: I will change my ill-fate - Fantasy Romance

/ Fantasy Romance / Reborn princess: I will change my ill-fate 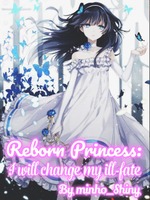 Reborn princess: I will change my ill-fate

"We have gathered here today for the execution of the former princess, Aeinshia Rutz, for the crimes of misleading the authorities, the attempted to murder of princess Lily Carmondy, and the murder of the almighty former emperor of the empire," the royal announcer yelled from the middle of the execution grounds.

Aeinshia Rutz, the once apple of everyone's eye was now the unimaginable traitor of the kingdom, who killed the Emperor, her own uncle who treated her greater than anyone in this world.

'I didn't do anything wrong. I'm not guilty for the Emperor', Were the last words Aeinshia spoke before she was charged of horrendous crime one can ever commit towards their kingdom.

"No. Absolutely not. My princess Aeinshia would never do that", the crown Prince of the kingdom growled towards his most dedicated guard and friend.

"Your highness, the evidences are all clear and the princess didn't give out her words", the guard replied. Even he believed princess Aeinshia would never commit such a grave mistake but, all the evidences are pointing at her. There's no way she could escape the trap she fell in.

"Why are you doing this my love? How am I going to survive without you? Even though you had no will to live, atleast you should have thought about me . I loved you for my entire life. I am the future king yet, I cannot save my own love. I am useless. But, I will definitely prove your innocence no matter what it takes." Prince Evan thought before leaving off the execution grounds.

"Is this how my life is going to end? Where did it go wrong? Where did I loose control of my own life? Was I too selfish to wish for love from my prince?" These were the questions going on in her head .

'Can't i get a second chance?' was the last thought she had before the crowd roared when head of the traitor was beheaded.


So, the chance was given.

The cycle was reversed, time was turned around, a chance came and the princess was reborn.

Will the Reborn Princess can change her ill-fate or this rewinded cycle will be far more worse due to the tangles of love and thirst for power?