Rose by any Other Name - Fantasy

/ Fantasy / Rose by any Other Name 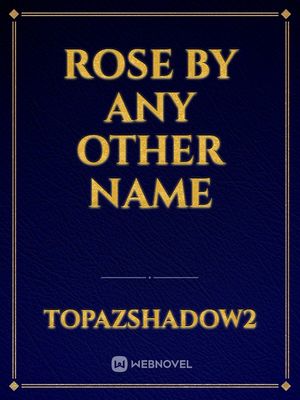 Rose by any Other Name

You thought this was just a some, romance or something? WRONG!! Let’s see if you can keep up with this rowdy boy as he becomes becomes “The Cute-Monster Tamer”!?
Gregory is one of those crazies that think monsters are cute. ‘Ornamentals’ use their powers to make sure that the monsters are kept at a balance, but not this kid - adult... you know what, no body knows.
As people laugh at his dream to have many ‘cute’ monsters as a great Ornamental, he goes out and knocks them back again and again. Let’s see how this ends up.


“So, Greg. What do you consider ‘cute’ when it comes to monsters?”

“Easy. Animals are typically cute and so are slimes and dragons. But I live by something that’s 100% true: If it’s fluffy, it’s most likely a cutie.”

“Most people think monsters are horrifying, why do you think that’s the case?”

“First off, they’re uncultured swines. When you’re a degenerate, you can’t really see passed that. Secondly, people only see the bad because everyone else does from years of fighting and no progression. This lack of public knowledge, historical aggression, and acting based on everyone else’s perspective, kills any possibility of understanding.”

“Wow... that was relatively articulate...”

“What? Are you calling me an idiot!?”


Yeah, slightly different from what you were expecting in a synopsis. I’m actually really bad at them and don’t like revealing too much before someone reads, so hope you give it a shot!