The Assassin With A Dog Tag - Teen

/ Teen / The Assassin With A Dog Tag 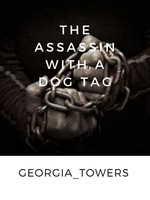 The Assassin With A Dog Tag ADT

They say that things get easier over time but does it really? Daemyn Hades has had the worst life in his so called pack. His father, the "alpha" was supposed to give Daemyn the alpha title once Daemyn had turned eighteen but instead, he lowered Daemyn's rank to "Omega". The pack treat him like trash and he is forbidden to shift. The alpha doesn't want to let go of the title so he doesn't feed his son, he doesn't let him hunt, exercise or even shower. No, Daemyn has to find a way to do all of that AND the pack chores as well. All he wants to do is meet his mate and escape, but what happens when his father meets her first? What happens when his mate turns out to be something he didn't want, but knew he needed?

"If you don't fight for what you want, then don't cry for what you could've had" That's her motto. Pluto Orion's I mean. Pluto used to have a life that one could only dream for, and now that's all that's left of it. Dreams. She is an alphas daughter, a packs Luna and an Assassin by heart, body and soul. She scraped up the pieces of her falling pack and built them. She created and molded the perfect pack, the perfect assassins and they would stop at nothing to do what their alpha wants. When she is hurt, they're pulsating in pain. When they are mad, she's infuriated. The pack lives and breathes like one big family, so why does she feel as if she's missing something even though that void was filled a long time ago?