Read The Broken Love, For Sake Our Quadruplets - Happyending14 - Webnovel

/ Contemporary Romance / The Broken Love, For Sake Our Quadruplets 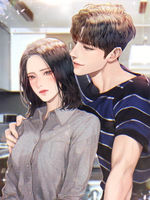 The Broken Love, For Sake Our Quadruplets

“I want to break up with you.” This is what he told her before she told him that she was pregnant with his child.

Without telling her pregnancy to him, she broke up with him, the man she loved so much. Only because he told her he was tired of her.

But is it the real reason why he broke up with her?!

Will she accept his reasons once he wanted to ask for her forgiveness?!

Because her family wanted her to abort the child or never step in their house nor ask help from them.

She also broke up with her family. Decided to leave the house where it has the siblings she loved and the parents and grandfather she cared because her mother and grandfather didn’t want to accept an illegitimate child without marriage.

She left from her house without anything. And disappeared for 6 years after spending a night with her best friend.

“Mr. Song, now you have survived from the surgery’s risk, why don’t you take care of yourself?! You know that no one can heal for a person who doesn’t sleep nor eat well no matter what the doctor does. You have now at least 2 months left. If you continue like this your organs will failure and no surgery or medicine will heal it!” The doctor spoke angrily seeing the pale man opposite him wasn’t paying his words.

In that silent room no one spoke after the doctor.

Song Tinglui looked at the doctor and said, “You hate your job, right?”

“Mommy, who do you love the most? Me, Sun Hua, Sun Zen or Sun Zheng?” Su Hemi asked her mother with adorable eyes.

“Em.......your daddy.” Su Rong replied mockingly not noticing the man she hasn’t seen for six years was already behind her.

“Mommy, I am so handsome and cool why do you love my daddy the most?” Su Zen asked his mother with wronged face.

“Fools! Because he made me give such adorable quadruplets.” Su Rong smiled and looked back to see the man who broke up with her for sake of his selfishness and future!

But did he really left because his selfishness or his own future?!

Yeah, that is what she believes! Because in the six years he became the most powerful and wealthiest man in this country.

But she isn’t bad either. She not only has her own business and unknown painting identity but she is also a top piano professor.

The past years she worked so hard first, to give her children the best love and wealth that even the fathers of others can’t give this much to their children not to mention she gave birth to quadruplets when she was 19-20 years old without any help of others including her parents.

Second, she wanted to let the man who abandoned her know that she is leaving well and good even without him.

But did she really moved on those past 6 years?

Or loved him more seeing the children of theirs?

There is indeed misunderstanding between the two of them but because their tactic understanding it will be solved fast.

Hey everyone, this is my second book but my first is still ongoing if you want to read it search;
“My shameless wife is the most powerful woman”

Although this is the second book writing but I am still beginner so anyone who likes a books written by professional writers? Or edited book?

I suggest you to not read it until it is edited or I become professional writer one day.

The grammars mistakes, it won’t be a perfect with no mistakes but I will try my best not to make many mistakes. If you found anything miss, I wish you could comment it for me to improve. Thank you.