The Hunt of The Alpha’s Mate - LGBT+ 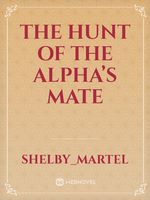 The Hunt of The Alpha’s Mate

Paisley Parker Mathison is 23 year old Beta to the Moonstone Pack. Brother is Alpha Derek Mathison, Parents are Stoic and Molly, the great Alphas who led the Werewolves to victory in the 2010 war against the witches. Now in the year 2042, Humans and Werewolves are allies. When Parker was born he received what is known as an Alpha's Mate Mark. His is on his left rib cage, while his says Alpha mate under the mark, his mate has his initials and how old he will be when they meet.
Parker didn't know what it really meant until age 16 when his school was talking about different mates and how the Humans are tested for the potential mate genes, and how alphas know who their mates are.
He freaked out, naturally. He was raised as a future beta, one who would never submit to anyone other than his rightful packs beta. As was intended. Finding out he was supposed to be a submissive Alpha mate, and go from competing to search out his mate to being the one hunted panicked him. So he ran from home.
Only to be captured by rogues. He was tortured for two years before the rogues ran when his pack caught wind of him. Once rescued and home his punishment was to receive therapy, and complete high school before being appointed Beta. His focus during that year was to take his weak submissive body and transform himself into what a natural born Beta was supposed to be.
Over the last 5 years he successfully took himself from the skinny twig, to the 5'11" muscular, 160 pound beta that he finally felt comfortable with.
Unfortunately he could only spend so much time hiding in this territory. After those five long years the council caught wind that he was 23 and has never participated in The Hunt. So two days before the annual Hunt, messengers arrived with a summons command for Parker, for the day of the Hunt.
Will he be allowed to continue hiding from his mate?
Or will his mate be notified he was found and he would be forced to participate in the week long hell fest known only as The Hunt?