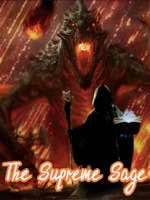 Luke, an average player, and fan of the popular fully-immersive MMORPG 'Ultimatum' and is just about to log out and leave the game after it's shut-down had been announced.
However, as soon as he pressed down on the illusory button, a sharp pain attacked his mind, causing him to lose consciousness.
When he woke up, he finds himself in the body of Lucas, a slave in the outskirts of the capital of the Leon Kingdom, Sozra.
The catch is, that the Leon Kingdom was said to have been destroyed a long time ago in-game. Also, within Luke's status, there is a notification;
[Beta testing begins in 92 days, 02 hours, 39 minutes, 12 seconds]
Beta Testing? Does this mean that he was brought to the time before the game was released, and even before the open betas?
Lastly, his status is slightly different to normal player's. It says [NPC status]
...
Discover, explore and grow together with Luke, as he tries to find the truth behind his appearance in Ultimatum, 23 years back in time than the moment he was going to log off.
What will happen? Will he be able to survive in a game world? Read it to find out!
--------------------------------------------------------------------
Do you like The Legendary Mechanic? Then you will love this!