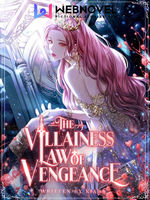 The Villainess Law of Vengeance VLV

The first thing that Kalliope Serphent had learnt in the beginning of her study was ‘the truth’.

“The king and the queen are not your parents.”

“Your parents are the duke and duchess. They are the heroes who helped us escape to Zarronium.”

She was the daughter of the heroes. They were the ones who had defended their kind, the witches, from humans who had tried to hunt them on earth.

She was supposed to be proud but instead… she was broken. The truth was like a curse, burrowed in her soul and nurtured a seed of hatred that slowly grew bigger and bigger.

Until it froze her heart and revenge she had sought as the goal in her life. A century passed and Kalliope trespassed to Earth. However, unlike what she had first expected, the human who weren’t able to use magic could now cast one!

But instead of the great elemental spirits, their power was achieved from the church? With the presence of great mages on earth, will Kalliope succeed in her revenge now?

And what about the prince who ‘graciously’ offered to be her ally, is it sincere or merely a trap? Yet, the taste of darkness was also tempting, a demon’s seduction could be irresistible. Which one will Kalliope choose, heaven or hell?