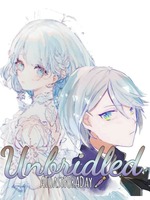 Xanxia, a diverse realm divided into ten continents, in which the continents had their own varying cultures, traditions, and advancement. In the farther north hailed the top revolutionary chefs, in the west were closed off species existed, in the south where intellective students were known, in the farther east where blood and war breeds - and finally, at the center where the smallest continent located was a girl in male clothing lived.

Chun Shuho, an androgynous beauty who could attract 'bees and butterflies' around the place was born to hide her true gender due to an oracle. Because of her lost memories from five years ago, she decided to travel on the surrounding continents to retrieve her scattered, fragmented memories.

Together with her was the mysterious butler that was not only a former prince of the demons but he had many secrets hidden behind.

And because of a fated event, she encountered Zero, an existence that defied logic was somehow connected to her due to an extinct bloodline.

As she journeyed on, a chase between time and space brought her back to the past and led her to the future which made her discover the secrets of her identity and what was her true purpose.

This is a story of reincarnation, cultivation, systems and other interesting theme that would surely pique your curiosity.

Let yourself fall into the vast and unbridled world of imagination. 'Fortes fortuna adiuvat'
-Toast (Author)

cover from the respected owner.