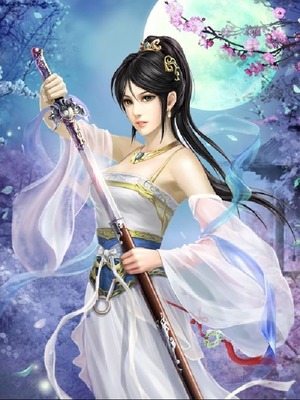 Wife Of The Tiger Marshal Trust In Others

This novel will have many above 17 years old stuff that has to do with sexual stuff.

This novel will become a romance, eastern fantasy, military, cultivation, and martial arts but it’s all in the ancient times of China.

The setting will be taking place in The Great Imperial Shui of the northern part of China.

Life between the two main characters will be decided by their hearts that are trying to tell them what to do and not to do when they meet each other for the first time in their life, so as both characters love for each other grows stronger they will never become inseparable from each other along the path they both will be taking together.

The main character in this novel is a girl name Yong Jian who will help her Yong Family to stay together forever, but as she is going towards her goal she will discover her true love with the Tiger Prince that is not an actual tiger that’s only his nickname that people in the world have given them since they don’t know his real name that happens to be from the Liang Family from a bigger nation and his name is none other than Liang Hung who is very strong in the army and his army under his command to order.

In the past, the Yong Family and the Liang Family head of both families happen to meet each other when they were on the battlefield and in the same army camp so they become friends. So as time pass both families have their army to command the families head make sure to keep in touch with each other until that both family’s head has thought up an idea to try marrying their kids be it grandchildren or even great-grandchildren only when the two kids from the family will love each other that is when the two families will become together.

Over the many years, both families have their territory to have as their own to keep their armies plus other things like stores, travel places to stay at over the night and many other things too. Both the Yong Family and the Liang Family are the leaders of their territory to make it stay at peace to with each other and to make it bigger than it already has become over the past years, because the Emperor of the great imperial Shui trust the two families because they both happen to fight with him when he was in the army to defend his nation for the Invaders of other places but they also have allies in other nation like the great imperial Tang, Qin are their allies to defeat those invaders that try to destroy their home that they all grow up with each other with their loved ones waiting for them to come back with honors but also to see them still alive and still kicked into the feeling of battling the invaders.

So as you read this novel follow Yong Jian on her journey to become strong and to find her true love along her path to show her the way to go. Plus to see if she will be able to make a difference in the world as she will become a great commander of her army.

HOPE YOU ENJOY THIS NOVEL IT’S MY SECOND NOVEL THAT I’M WRITING ABOUT SO PLEASE GIVEN ME SOME FEEDBACK TO IMPROVE MY NOVELS TO BECOME EVEN BETTER.