/ Teen / The Vengeance of the Crimson Blade 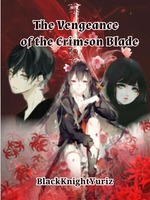 The Vengeance of the Crimson Blade TVOTCB

Zitrey d' Nightroad is also known as the 'Crimson Blade of the Dark Moon' – a kind of organization in a shadow. In her tiny hands,  thousands of lives have already been perished. Hearing just her nickname, 'The Crimson Blade' was feared by the whole country.

A lot of dark organization wants her to be their companion; although some wants her to be dead. Luckily she was captured by the good hands of Brigadier General. Surprisingly, she was adopted to be his son than to live – in prison.

Today, she lives peacefully, hiding her real identity and was fully love by his adopted father; yet, she still can't forget the hatred she has since she was a kid, even though she killed a thousand of lives, she still failed to find the murderer of her Mother.

Locked in a room full of darkness and hatred. Someone forcefully broke the walls and gives her light. Someone she accidentally revealed herself, and someone she compared to a certain flower. No other than – Nathan Colfer, an irritating overwordy and troublesome person.

And no one knows what will happen later on, as she was the most wanted person in the dark world.

"Let's play a game, you a hunter, and I'm your prey, be sure to draw the arrow correctly 'cause if you'd miss, this rabbit will hunt you instead...”