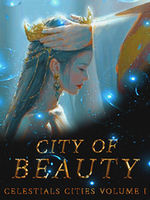 "To be Queen is to become a thief."

Velvet Vale, born out of luck for having an imperfect face that considers her a Dull. Captured by the Savages to enter the City of Beauty to steal The Seal of Fate, the seal holds the ultimate control over their Kingdom.

She will candidate as The Crown Prince's Wife, a bloody competition to be the next Queen.

Fates happened, falling for a ragged handsome boy who killed her brother, and a love so deep the Crown Prince has for her will open up new rivals, rebellions, and unknown emotions.

Now Welcome to the Era where the new world only values a beautiful face.