Grandmaster's Facade of Dispassion: The Odyssey of Atonement - LGBT+

/ LGBT+ / Grandmaster's Facade of Dispassion: The Odyssey of Atonement 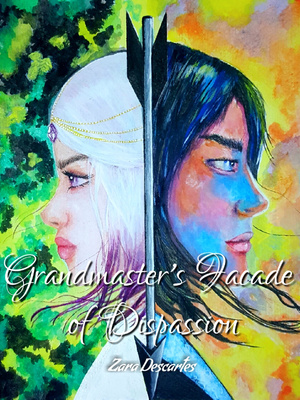 Grandmaster's Facade of Dispassion: The Odyssey of Atonement GFDTOA

If there was a scale for magnanimity and naivety, Prince Calibri would be positioned first every time. As the crowned prince of his mysterious and secretive sect, he believed it was his duty to become the next Grandmaster of all the Cultivation clans to protect his people. Needless to say, every other young Cultivator of the Living Realm were after the same position of power even if it wasn't for the same reason, including Zhang Haochen; a quiet, handsome, unproblematic and extremely skilled young man with an unfortunate desire for his father's validation. Upon their arrival at the Cultivation school, it became apparent that not only did Calibri far outweigh them all(both men and women) in the department of looks, but also in his level of Cultivation! But how? How did he use all those lost Cultivation techniques? Why did he disappear all the time? Why in the world was Zhang Haochen (the man everyone wanted the attention of) so attached and fond of that 'PRINCESS' from day one? In fact, why did Zhang Haochen use his vocal chords in such abundance when it came to him?
In a flurry of events, jealousy ensues, enemies are made, and the question of 'What are the Verbatians hiding?' spurred out of the lips of every Cultivator.
Soon enough, the time comes for the next Grandmaster to be chosen, but before Calibri has the chance to seize the title, he is betrayed by his closest companion and accused of a crime he did not commit
As retribution for his crime, his soul is divided into pieces, scattered, and the ever smiling, never lying young man was banished to the dark dormain of the Underworld...
Years later, Calibri finds himself unwillingly forced to return to the Living Realm by the very person who betrayed him in the first place!
He can't leave, he can't run away, and he can't return home, so there's no choice to remain with that handsome traitor who's on a mission of his own: 1) Get Calibri's soul back 2) Make everyone who hurt Calibri suffer 3) Get Calibri to fall in love with him once again.
The mission wouldn't have been that hard if there wasn't a creepy Warrior of Heaven chasing after them, or a jealous uber-powerful Demon in love with Calibri from the Underworld sabotaging him at every turn, or all the ghosts and feral creatures from the Underworld who'd gotten attached to Calibri trying to kidnap Calibri whenever they could, or Calibri trying to run away every chance he got, or if there wasn't an entire army of people in the Living Realm who hated Calibri and his Sect to the core, or all the people who hated him for betraying Calibri refusing to corporate, or if his soul wasn't damaged from bargaining a piece of it with the Gatekeeper of the Underworld to get Calibri back...
But alas, these conditions existed, and he had no choice but to overcome them if he wanted to ever see Calibri smile at him again, and not scream bloody murder every time he held him close.
Yes, Zhang Haochen had a lot of atoning to do.
Can he do it? Will Calibri forgive him? Why did he betray him?

Read on to uncover the mysteries, and find out if their love can really conquer the odds!