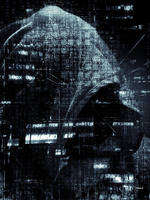 Imagine a modern society, but with cultivators instead of nuclear weapons. And then imagine a cynic mad scientist obsessed with immortality thrown into it. Wait a minute... you don't need to imagine it, just read/follow this novel!

***
Benedict Sanchez is a young scientist who inherited his late grandpa's obsession with immortality. Acknowledged in the scientific community as "The New Einstein" of molecular and cellular biology, he struggles with the limitations of modern science and society. When he almost lost hope to achieve his life mission, an extraordinary event changed everything for Benedict.

Summoned to another world, he was delighted to find that his pursuit of immortality isn't a pipe dream anymore. Even if, at first sight, his new home is similar to modern Earth, it isn't the same. Instead of machines and atomic bombs, battlefield dominated by powerful cultivators. And those beings, dead or alive, would be the key to his research.

Being an ordinary human without Spiritual Root, Benedict would pave his own road using his intellect and knowledge from both worlds. Be it other summoned earthlings, ancient cultivators, or bloodthirsty monsters - they all would be nothing but stepping stones on his path to immortality.