In The Arms Of Heaven - Fantasy Romance

/ Fantasy Romance / In The Arms Of Heaven 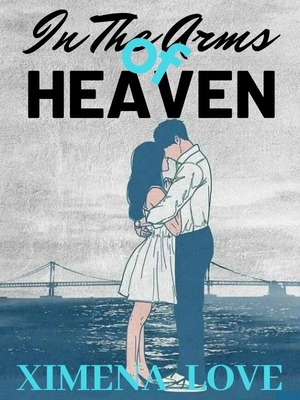 In The Arms Of Heaven ITAOH

[A SHORT STORY TO RELAX AROUND]

Time wasn't noted, when it happened.

But it did happen.

The abnormal wolf creatures lurking in the forests finally revealed their existence to the human race. They were way stronger than them, and those humans knew it. They were taller than five feet, looked vicious, even had a dangerous aura. Their revelation had shaken them up from top to bottom, they had nothing-absolutely nothing usable to protect themselves to fight those creatures of the night. But what was unexpected was them turning into normal humans with a well-built body. Those abnormal humans didn't want to fight but wanted the freedom to live. To live alongside humans.

But as time passed, brutal wars broke out, questions were raised, fingers were pointed, but nothing worked on them. Nothing changed their minds. They continued to live and humans, humans... eventually gave up.

Heaven was a normal girl with a normal job enough to fill her stomach every day. These werewolves never really mattered to her. Although her experience with them wasn't good, they never troubled her because she was skilled to ignore and avoid them.

But haven't you heard this? What you avoid the most will somehow make their way to end up near your doorstep.

"Stop!" I took a couple of steps back, admitting to being anywhere but here. "Just.... don't say anything."

Embarrassment was written in bold words on my face, I wanted to hide, far away from him. I couldn't believe I made a mistake. A foolish mistake.

"Was it fun playing hide and seek with me?" Amazement crossed his features. That bastard found my ashamed self funny.

"Cuz it looks like I won without even knowing."