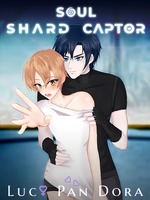 After Noah's much-awaited ascension, what greeted him was an AI system calling itself Black, offering him a job working for the World and Soul Management Bureau.

He has to transmigrate into different worlds, using an identity of some unfortunate soon-to-be-dead dude, and live out the remainder of his new life there however he wanted. Oh, and hopefully in the process of living happily ever after, he'd also get to accidentally complete some secret mission they refused to tell him about.

Noah: "Is this some kind of a scam?" ಠಿ_ಠ
Black: "O-of course not! There are absolutely no tricks involved! Absolutely! There isn't even a penalty for failure!"
Noah: "Oh. Great! Sign me up!" ╰(*°▽°*)╯

Yet, who would have thought that terrorist attacks, murder plots, zombie apocalypses, hostile alien invasions, and other life-threatening stuff would be the least of Noah's worries:

Noah: "Blackie! This… this! There is something really off about this good brother of mine! He is looking at me like a hungry wolf seeing a fresh and juicy piece of meat!" QAQ
Black: "How would you know how a hungry wolf looks like? Have you ever seen one?"
Noah: "What? No! But…!" ( ꒪Д꒪)
Black: "Exactly. Don't worry, host. He is just a bit excited due to nearly losing his life back there. You know, adrenaline."
Noah: "…are you sure that's what's really going on here?"
Black: "Absolutely!" (≖‿≖)

Noah: "Blackie! Blackie! His-his-his little brother is poking me in the ass!!" QAQ
Black: "What are you making such a big fuss about? It's just morning wood."
Noah: "Why am I making such a big fuss?!? He just took it out of his pants!!!"
Black: "So? How is he supposed to take care of it if he doesn't take it out?"
Noah: "I don't know, but definitely not by using my thighs!!!" (⊙_⊙;)
Black: "Relax! Bros often help each other out with these things."
Noah: "…"