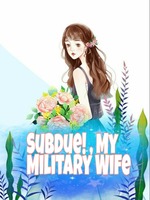 “ Some Relationships are fated despite the challenge of space and time. “


The sky didn’t changed colour nor the birds sang for them when they first met.
Nothing special happened .

For him , she was one among the dozen girls, his mother shortlisted for his potential future bride.

For her , he was just the grandson of her grandfather’ s friend , whose party she was attending.


Mo Sihuan aka. Black Hawk , the captain of Imperial's most elite Secret Force Unit and also the youngest major general in the military was known for being two- faced as, for his subordinates and comrades , he was a frosty-eyed Devil but for the outsiders and family he was the epitome of a filial son and a gentle prince.

Snow— The top Female Assassin of the world got killed by her own organization. She got reborn in the body of the heiress of the elite Tang family— Tang Xiulan , whose existence had been ignored by her own family.

Getting a second chance in life , Snow , aka Tang Xiulan worked to live a respected and happy life with her loved ones.

[ Its an Original story ]

* The credit of the cover goes to the rightful owner.