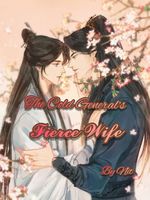 After his miserable death, Su Ying transmigrates into a glass-hearted white lotus 'ger' in the ancient time who was treated wrongly by his family.

He also learns that due to an Imperial edict, he's going to be sold... *cough* married off to the greatest General of the empire who's known to be a 'cut sleeve'!

Su Ying looks at his own 'Heaven defying beauty' and sighs. What if he makes that guy 'straight'???

Thus, in order to save his little life and 'chastity', Su Ying makes up a scheme. At his wedding night, he cleverly binds his husband to bed while sitting on top of him, holding his chin and narrowing his own beautiful eyes-

"You might be a 'cut sleeve' now, but who knows about future. You dare touch me without permission, see if I don't cut your thing and feed it to pigs."

Find the book on Wattpad-
https://www.wattpad.com/user/nit_7_7

THIS IS AN ORIGINAL NOVEL. DO NOT REPOST WITHOUT PERMISSION.

*Any pictures used here don't belong to me*