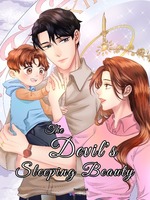 (Updates every Thursday and Sunday)

From being the worst husband and father to the best husband and father one can ever have, Lu Yifeng was given a second chance to correct every wrong deed he did. He was the man who destroyed their family and it took death to make him realize his wrongdoings.
.
.
.
.
VOLUME 1:

Heavy breathes were heard in that small, dark space. The woman in hiding was panting heavily, her body trembling in fear.

Are they still following her?

The woman clenched the gun's handle tight as she tried her best to calm herself. If she panicked now, she wouldn't be able to think of an escape plan.

"Have you seen her?"

"No. She must be hiding somewhere. All of you spread out! If she escaped, we're all dead!"

The men's voices were loud to the point it was making her ears deaf.

She covered her mouth to stop herself from making any sound no matter how small it was. She didn't want them to find her. She was so scared, scared like a child.

The woman didn't know how long she was hiding inside the cabinet. She was just waiting patiently until she stopped hearing footsteps.

While she was praying inside her for the men to leave, the next thing she heard was multiple gunshots coming from outside the place.

Did someone come to help her?

Not long, everything became quiet. Too quiet that once again, she heard her own breathing.

She was curious about what's happening outside. She wanted to go out and check but... What if the men that were after her were still outside?

She decided to wait for a few more minutes and when she didn't hear a thing, she opened the cabinet door and stepped out.

She was about to walk out of the room when she suddenly saw a man enter.

She quickly pointed her gun to him but when she saw who it was, tears filled her eyes.

Help has come. She was finally saved. She never thought that the man she least expected to come was there. The silver-haired devil.

This is an Original Novel by berriapplepi (me)