/ Fantasy Romance / The Face Of Darkness 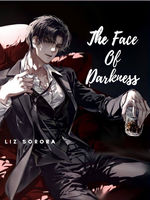 The Face Of Darkness vampire revenge

In a world where vampires once existed and lost the war against the hunters that were after their race. The last survivor of his race lived to see the day where he avenges his kind. After the many years that he had been hidden however the world changed way too much for him to be simply satisfied with a wiped out of the most successful hunter family. A surname that had grown to be powerful and wealthy in this modern world. Jay Veremma infiltrates the Actaeon family in order to destroy them from within.

Loria Actaeon is a girl that lost her parents and her only sibling in a tragic car accident and since then is brought to leave with her uncle's family as she too had the blood of an Actaeon as well as all the shares of her father under her name. A wealthy and rich individual even though she never had done anything to win all that, she lived her life trying to shake her traumatic experience away without knowing about the past that her family name carries.

Two different individuals with different morals and perspectives are about to collide as they encounter each other on a daily basis and conflict over the motives of one another over the people they are surrounded with. Loria can sense that something is off with the new fiance of her cousin and she will try anything she can to prove her gut feelings right even if that means that she will have to be an obstacle to whatever plans Jay may have. As well as discover his true intentions.

However, while attempting to do so she may discover way more than she had ever thought about her family, him and her own self. When Loria sees the true face of darkness will she run away or will she embrace the reality?