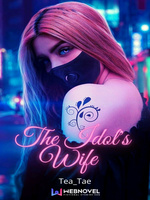 Kwon Jiwon, also known as KJ, is the nation's heartthrob. Voted the most handsome and talented idol of the nation, KJ has achieved everything he ever dreamed of. Together with his group, EXOTIC, he is the rebellious idol who is a royalty in the music industry.

But deep inside, KJ is hiding a dark secret, which can threaten everything he worked for. His decade long secret, for which he literally erased time and his past, to achieve the success he has today.

Despite his success and fame, he is still pained by the past which only he knows about, making him feel isolated from everyone. His only companion is a mysterious talking cat, Jade, who made a dangerous deal with KJ years ago.

However, fate intervenes when KJ is threatened by a criminal cartel. His past re-enters his life in the form of the beautiful but feisty Jung Mirae, the founder of the mercenary group Abyss who is hired to protect him.

Despite having no recollection of her memories with KJ, Mirae is entangled with the lonely idol who is determined not to reopen the wounds of their erased past. To top it off, Mirae gets involved with Jiwon's best friend, Ash, unknowingly breaking Jiwon's heart in the process.

What is KJ hiding? What is his connection with Mirae? Will they ever reconnect with each other in the present?

A/N: This is my first attempt at writing a somewhat adult romance. I might be sloppy at it but please bear with me ;-;


The cover is borrowed from google/pinterest but has been modified to suit my characters. Credit goes to original owners. Thank you.