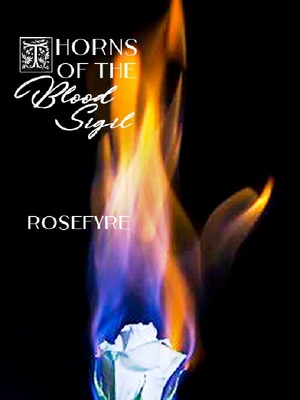 Thorns of the Blood Sigil TBG

After centuries of believing that magic is gone when the greatest sorceress died, the wonder was born again and became the key to a millennium of prosperity and technological advancements. Year 3026, the brothers, Special Officers Elcid and Pietro Stirling are tasked to be the temporary guardians of two women without even knowing why they are so important that they have to be escorted to another country and create new identities.
Unbeknownst to them, the women they are ordered to guard are Princess Amaryllis of Silvestriana and Baroness Dilara of Crusil. Prior to the story, a war broke out between the alliance and the three kingdoms due to the continuous conflict in the territory and political differences. Staying in the Summer Palace that day where the first invasion was nearby, the Silvestrene emperor told his only sister to leave the country for her safety, for she could be used as a hostage or a tool for political marriage once caught. On the other hand, Dilara is the closest friend of Amaryllis who was the only witness to the assassination of Crusil’s High Priestess. Fleeing with the High Priestess’ scepter, Dilara joined Princess Amaryllis on escaping the main continent.
Settling on Lastrium, the capital of Prailia, the Stirling brothers and the two aristocrats enrolled in the Rosetta University of Magic and Enchantments as first-year students. Thinking that they will get a smooth ride hiding, things soon become worse when they are tangled with the university’s rivalry with other schools and the war expands.
Will the Stirling be able to complete their mission? What could be the Princess and the Baroness are hiding under their sleeves to be escorted outside the main continent? Is it just about their safety or is it about something more that can dictate the war’s outcome?