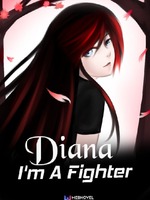 Immediately I got to the window, which has a sliding glass in it, I peeped and saw him having his hands around my mom.


I saw her nose running, while tears streamed down from one eye to the other and down to her pillow, damping it.


The bastard arms were around her waist tightly, with his face buried in her neckline.


Immediately my mom saw me; her eyes widened in horror. I lost my sense of reasoning at the sight of her tears.


I planned on sneaking in, but I ended up hitting my head hard on the glass, to leave a crack, leaped up with my hand on the upper frame of the window and use my knee to forcefully break the cracked glass.


I jumped inside, and my body rolled on the floor, but I stabilized myself quickly, as Shane has opened his eyes and reached for his gun.


Pulling out two daggers from my boot; I throw one at him before he could fire a shot.


He was so fast, that I'm awed. He dropped the gun and caught the dagger before it could hit him.


To be honest, I'm shocked. I aimed to stop him and hurt him, but he caught it effortlessly.


Now I understand why his security isn't that great. Without his guards, he's not an easy prey as well.


My mom remained frozen on the bed, her eyes wide open and her mouth agape. She stared at me like it's not real, as if the present scene was a nightmare she couldn't wait to wake up from at any moment from now.


Shane threw away the dagger and was able to have a good look at me. I stared back at him, my conscious split within his gaze and his gun that was on the floor.


I was ready to prevent him from taking it, but guess what, he doesn't plan to take it after confirming I'm the girl he wanted to kill so badly.


His eyes moved to my mom's direction and returned back to me. An evil smile crept out to his lips. It disappeared and was replaced by a deep thunderous laughter.


I remained where I am, staring at him, without any changes in my expression. I never feared him, and do not plan to start doing so.


His laughter brought my mom back from her trance. A mother will always be a mother. Immediately she realized this wasn't a dream; instead of cowering in fear, she rushed down from the bed, got hold of the lamp beside the bed and dashed towards Shane.


Even if I didn't managed to end Shane's life; I must make sure to leave here alive. For her sake, for my Dad's sake and for Ethan's sake.


I realize how obsessed he was with my mom, because immediately my mom got to where he stood and tried to hit him with the lamp; he stepped aside to evade it, but quickly got hold of her by the waist to stop her from tripping.


"Let me go, you bastard!" My mom growled in his arms as he held her and took the lamp from her hand, being careful not to hurt her.


Others might have used my mom as bait to get to me, but one thing we both have in common is my mom's safety.


"You monster! let my baby be at peace. I married you! I don't plan on leaving you, just let her be! what else do you want from me? I gave in to all your bidding, I tolerated you! I'm living with you! what else…" her voice broke.


Shane's smirk deepened. "It's a pity you won't get to witness how I kill her like I promised, when you lied to me that she's dead, but don't worry love; I will fill you in on the details and make sure not to move her corpse till you wake up."


Immediately he ended his speech, he tapped the back of my mom's neck. Her head turned towards my direction. Her tear filled eyes met my tear laced one, as the light in her eyes faded and she passed out.


He was so confident, as if I'm in already and there's no backing out. He look relaxed like all he needed to do was place my mom on the bed and come get rid of an insect.


I took a deep breath to stop my heavy heart from encouraging more tears out of my eyes. I wouldn't want the bastard to witness me cry.


He gave me a knowing look. Indicating that 'today is your end girl'


I returned his look with the same stare, making him realize the feeling was mutual.